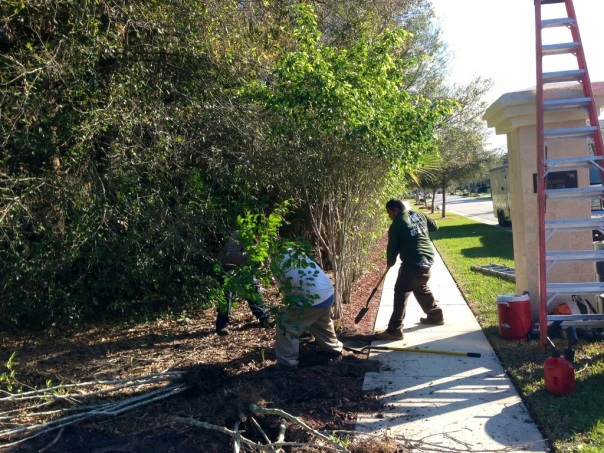 We are removing the ficus around the front wooded area. Ficus are no longer recommended in south Florida due in part to the spiral white fly invasion. In the long run, it is cheaper to replace the plants rather than keep treating with pesticide. We are replacing them with a white fly resistant bush called Arboricola Capella which has a similar leaf along with a slight yellow speckled in.
The board also recommends if you have any ficus on your property to replace them with a white fly resistant bush/hedge. Some other species are: coco plum, trinette, podocarpus, and clusia.

Welcome to our community page! If you would like to report an incident or you have a request for the HOA please follow these steps:

2.Fill out the form

3.Spread the word about our site!

Let's build a better community together!